Today we predicted and tested which house of the three pigs would blow away the most after being blown down by Mr Wolf. To make it a fair test we used a hairdryer to blow the houses as we thought that different people blew the houses, some people might have more puff than others!

We predicted that the stick house model would blow the furthest as we thought it would be the lightest (because it didn't have anything glued on to it).

We then thought the straw house would blow away well but not as far (because it was decorated in wood shavings painted to look like straw, we thought this would make it heavier).

We predicted the brick house would not move at all (because inside it was made of heavy lego bricks.

We were right! Clever clogs!

The stick house blew the furthest at 90cm 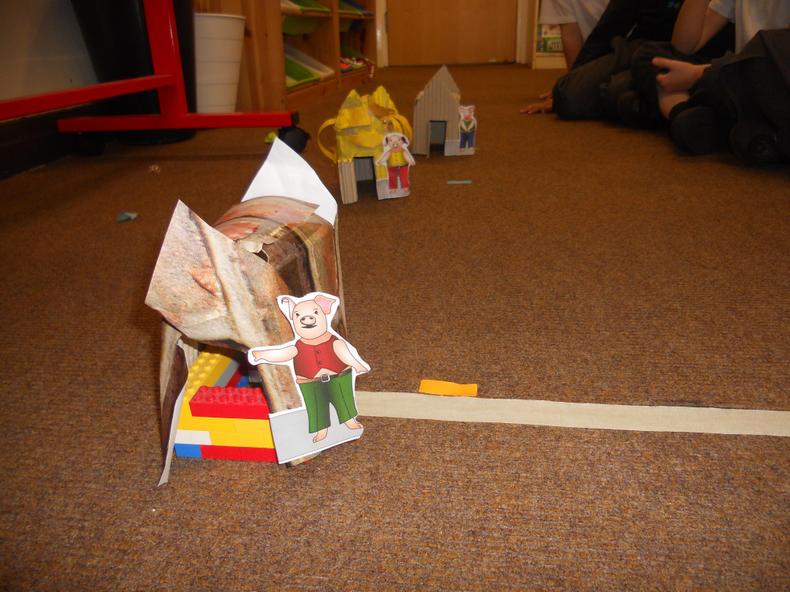 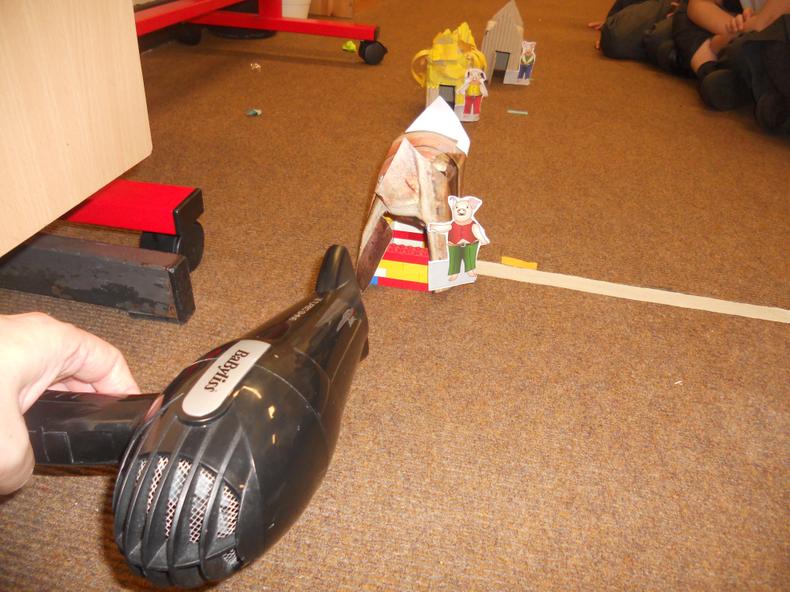